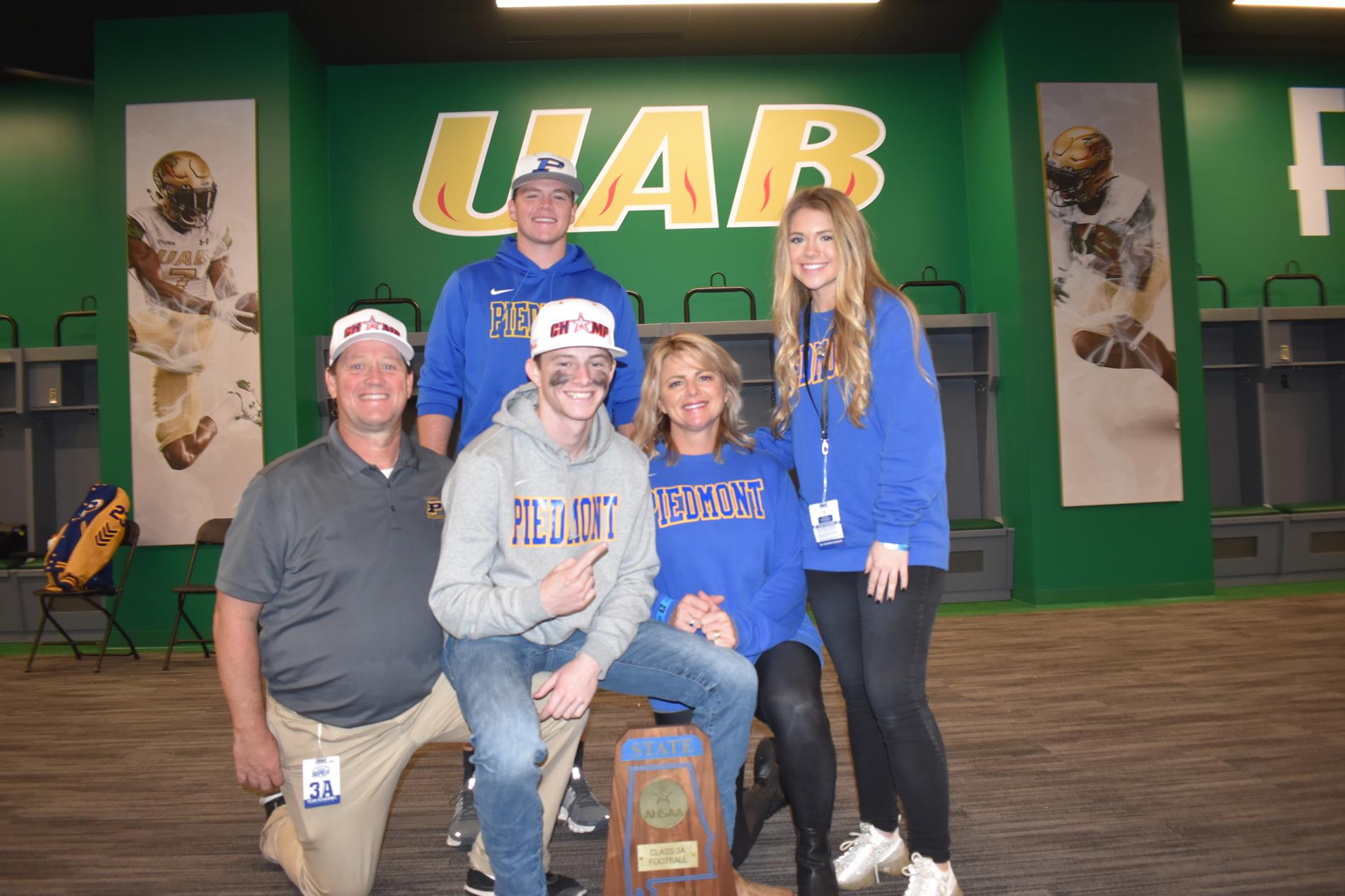 Steve Smith is working in his 30th year of public education- with 29 in the state of Alabama. Coach Smith serves as the athletic director and head football coach for Piedmont City Schools. In 27 years as a head football coach (11 at Cedar Bluff and 16 at Piedmont), Coach Smith's teams have compiled a record of 271-78 with 15 region championships and 26 consecutive playoff appearances. His teams have won state championships in 2009, 2015, 2016, 2019 and 2021. Coach Smith has been married to the former Rachel Stone for 25 years. They have 3 children: Sean (20) is a sophomore at Wallace State Community College where he is playing baseball, Sloan (18) is a senior and Savannah (16) is a junior at Piedmont High School.