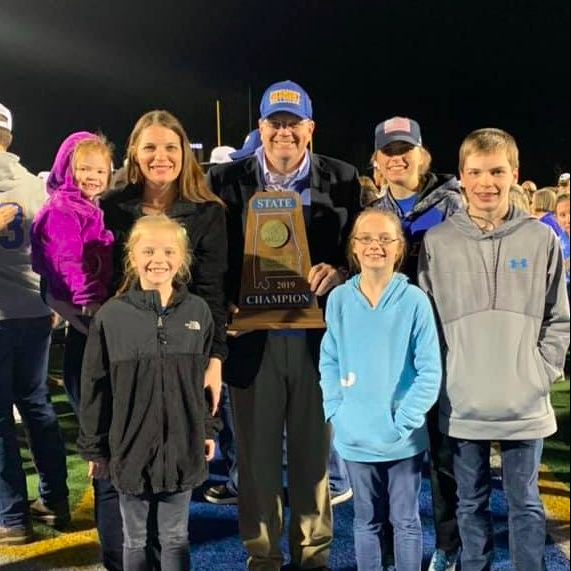 Dr. Adam B. Clemons is a seventh-generation Alabamian and third-generation educator who was born and raised in Madison County, Alabama.  He graduated from Buckhorn High School in New Market, Alabama.  He earned an undergraduate degree from Auburn University, a M.Ed. from Jacksonville State University, and an Ed.S. and Ed.D. from Argosy/Sarasota University.

Dr. Clemons began teaching social studies in 2001 in Adairsville, Georgia. In 2008, he became a middle school administrator in Armuchee, Georgia. Since 2013, he has been the principal of Piedmont High School in Piedmont, Alabama.

During Dr. Clemons's tenure as principal of Piedmont High School, PHS has consistently been ranked one of the top high schools in Alabama in academics, athletics, and extracurricular activities.

Academically, PHS has been ranked in the top 6% of Alabama high schools on the annual state report card. PHS has the top ranking of high schools for students who are college and career ready, and consistently has one of the highest graduation rates in the state. Apple, Inc., has continuously rated Piedmont High School as an Apple Distinguished School, the first Alabama school to earn such designation, and all faculty and administrators at PHS are Apple Certified Teachers. Piedmont City Schools ranks as one of the top systems in the nation to have the highest percentage of National Board Certified Teachers.

Athletically, PHS has won numerous state championships and runner-up titles, and yearly playoff appearances in multiple sports. Many PHS athletes have earned local and state accolades, and advanced to play at the next level.

Extracurricularly, PHS has expanded its offerings to make every student have a chance to be included and involved in their school. Students now have opportunities to be involved in theater, e-sports, fishing, robotics, engineering, yearbook, mentoring, and tutoring. Additionally, our extracurricular programs have won many accolades and awards at the national, state, and local levels.

Dr. Clemons has written articles for or been featured in published articles by EducationWeek, the National Association of Secondary School Principals, the Association for Supervision and Curriculum Development, the Council for Leaders in Alabama Schools, Hometown Headlines, and The Auburn Plainsman.

Dr. Clemons is married to Patty, a speech-language pathologist, Auburn graduate, and Alabama native. They have five children, and serve in various leadership roles within their church.